Why racing at home don´t make you a good racer

I love skimountaineering in every form. I’m not just relaxing in the mountains. I focus on my performance. I try to use my predisposition in the best way and be better and better. But something is wrong there. Why do Slovaks fail to mix cards in the world?

The awareness of skimountaineering racing is strong in the Liptov region where I came from. Names like Milan Madaj, Dušan Trizna and other don´t need to be specially introduced. They have achieved a lot on the world stage. They were achieving the top 10 positions. However, the results of Slovaks on an international skimountaineering scene have fallen. It does not mean we get worse. As for pure performance on a measurable track, we do not leave behind our predecessors. The competition has shifted in the world. When our representatives were the world’s top, it was realistic to have two of our teams in the world’s top 10. This automatically meant excellent competition even at home races. This motivational environment has been able to produce other good racers and to move further the best ones.

What is the situation now? I have tested it on myself. I have decided to sacrifice a highly possible repetation of primacy in the Slovakian or Central European Cup. I have arranged Erasmus studies in Slovenia and to prefer racing events in the Alps. Before the beginning of the skimo racing season, I had been training almost for three months with Slovenian boys who managed to ride the elite in the world. At the end of the year, I returned home for a while. I won three of the three races by “start-finish” system. After returning to Alps I was able to be in the top 3 in less important local races. When came the main part of the season I just hoped for a good results at the corner of my soul. Second place in the IMSF European series (Austrian champs Erztrophy in Bischofshofen) and 16th place at the top event of the season, at the European Championships were more that I had expected before.

The point is not to write down statement of my results. I want to point out the improvements I have made. I think you already see a connection. I am pretty sure the improvement occurs thanks to day-to-day contact with the elite. If I am talented in a given sport and if I train somewhat better with someone, there will certainly be progress. Of course, it’s not a blind copying of training that I would not have managed. Similarly, this applies to races. If I come just to one of the world events in the winter, I’ll most likely experience shock and I do not improve much year-on-year. But if I am participating on a regular basis I can move higher with time.

Before I moved to Alps I listened many options, for example, from the long-time best Slovakian, that fighting the second tenth in the world is irrelevant. Yes, It does not, unless one has other priorities. For example family while sport is performed on an amateur level without any ambitions. I think my situation it’s different. I am in a life stage that gives me top sporting opportunities and collecting victories only at the local race would be a waste of potential. Of course, this is possible only with the support of partners and people who can put their hands on the work. I thank them and I believe that we will jointly move the Slovak skimountaineering up and grow a generation that will bring home results.

Translation of the comment published in MY Liptovské noviny on Tuesday, May 15. 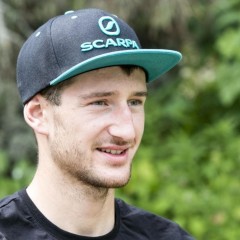 View all posts by Jakub Šiarnik

Skip back to main navigation 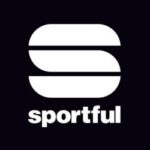